This Li, is 13 cm high and 11 cm across. The potting is a bit thinner then my other tripods, and the clay more orange. It has a handle on one side. The shape is even more beautiful in my opinion. The legs are decorated with vertical markings. This piece I bought in 2011. 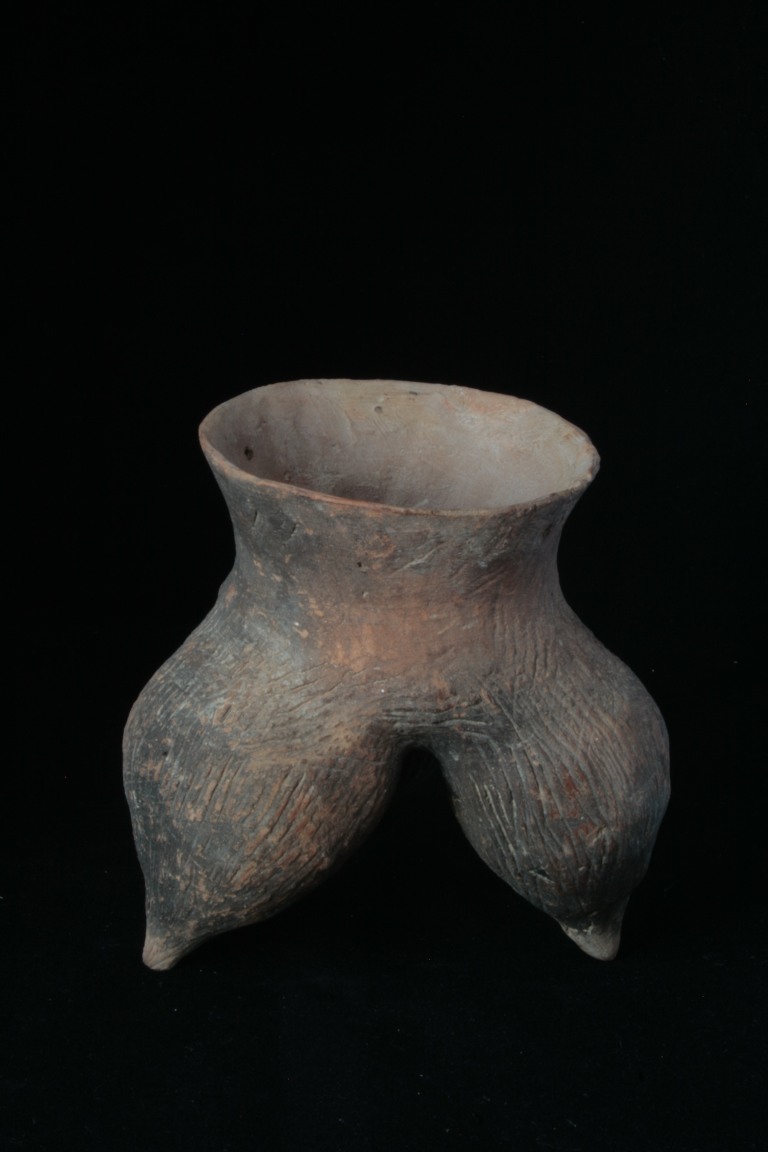 It was a late neolithic culture in the middle and lower yellow river valley areas of northern China. The first find of this culture took place in 1928, with the first excavations in 1930 and 1931. The culture is named after the nearby modern town of Longshan in Shandong province. The Longshan culture is known for its highly polished black pottery. The population grew dramatically, and many settlements had rammed earth walls. The population decreased in most areas around 2000 BC.