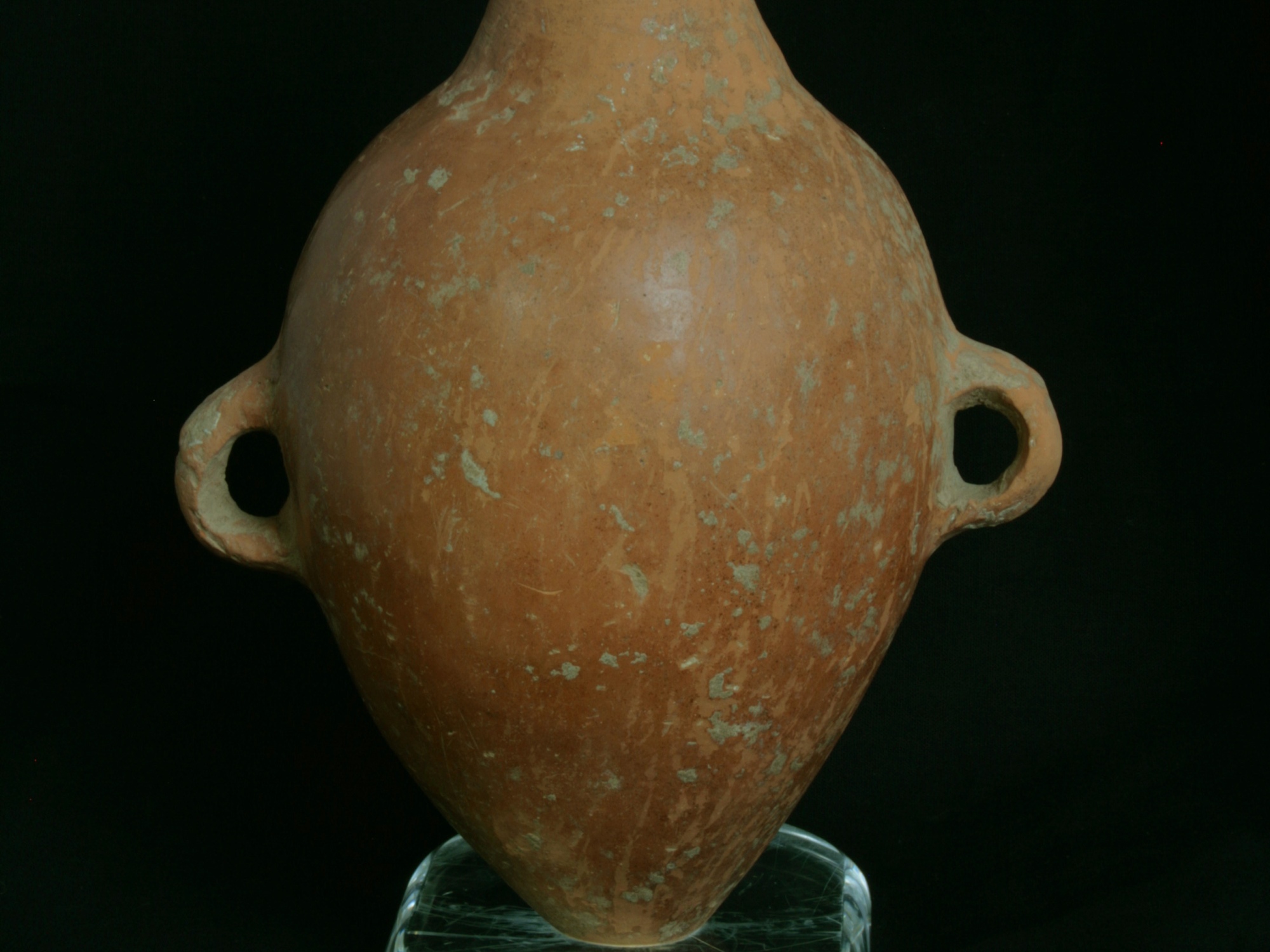 A small amphora of 20 cms. Typical shape of the Banpo phase of the Yangshao culture approximatly date 4800-4300 bC.  The bottom side has remains of a burnish finish. Mostly the function of these pieces are described as water bottle.

The people of the Banpo phase lived in houses about 1 meter dug out beneath the surface. They slipped in and out of sedentary life. The pottery was made in a kiln north border of the settlement, and fired to about 900 degrees. Some larger pots were used to bury children, and placed near the houses. Some pieces were grave-goods. Seen that the women got a lot (more) gifts than men, sometimes the conclusion was made that the culture was matriarchal. 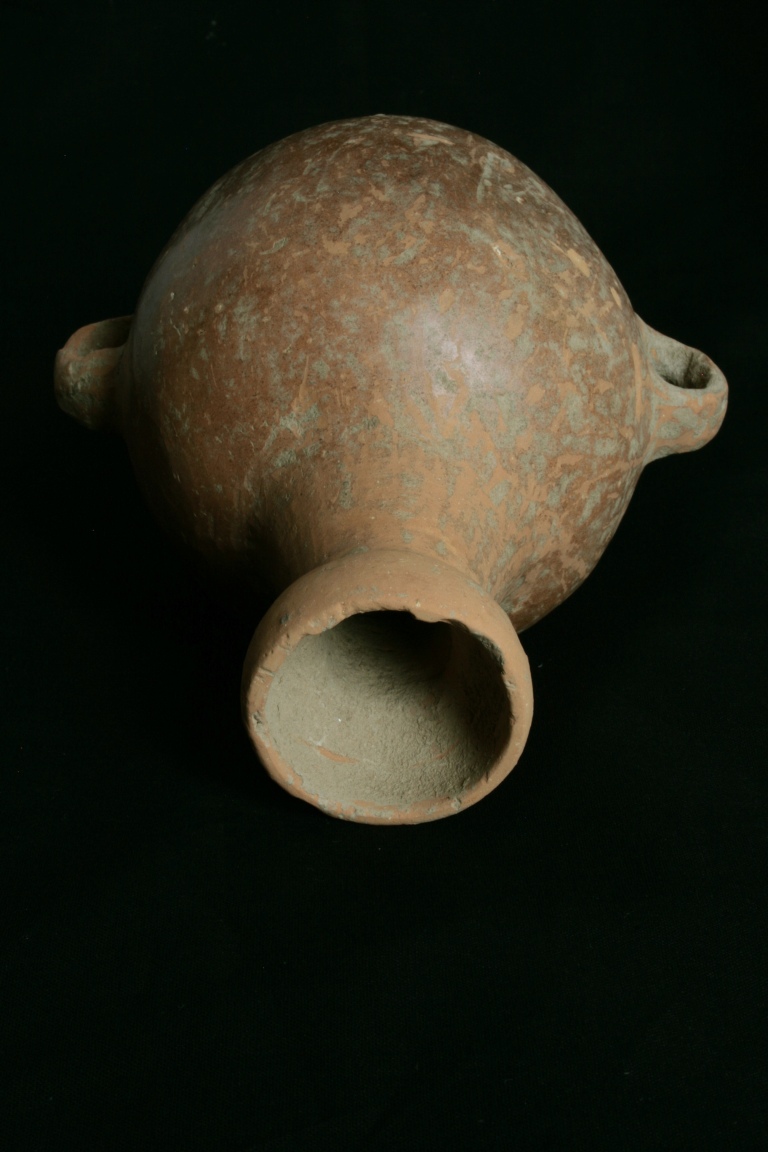