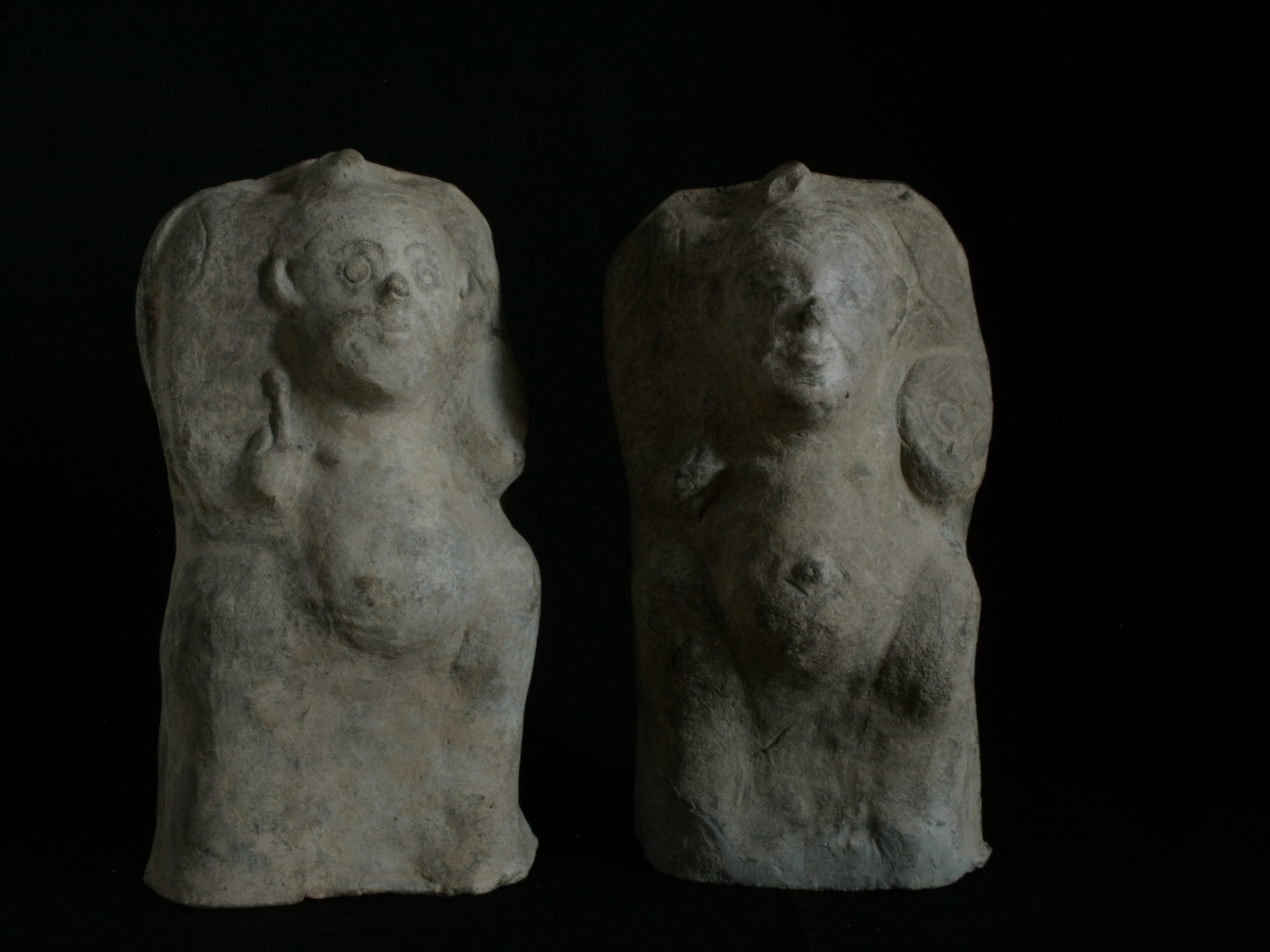 These are a Western Han Sichuan pair of entertainers/drummers. They are quite crude, but full of life. Quite large too, about 35 cm. One of them has some minor repairs, but a remarkeable pair. These Chinese shuochangyong (talking and singing figures) entertainers would have been part of an ensemble that included actors, musicians, and dancers. From literary records we know that they would typically sing to the accompaniment of their own drum, while providing clown-like entertainment. Several representational pottery figures have been recovered from Sichuan tombs, some standing, some half-kneeling, and some with the foot kicking out. They are perhaps the most engaging creations of the Eastern Han potters. 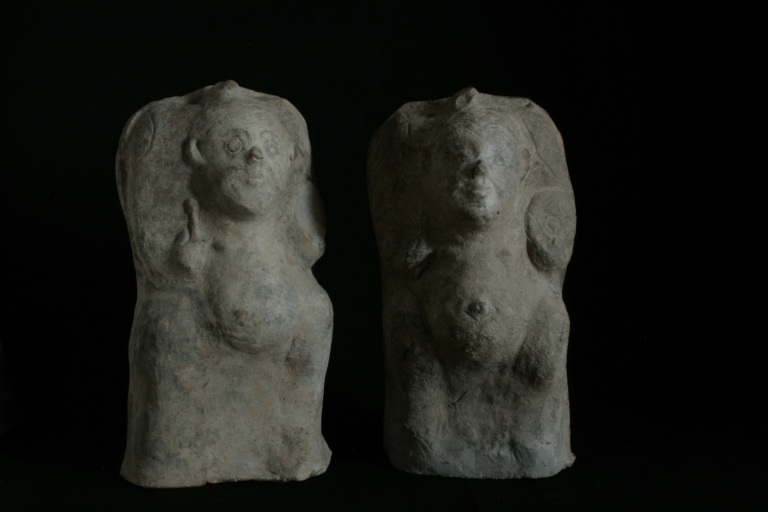 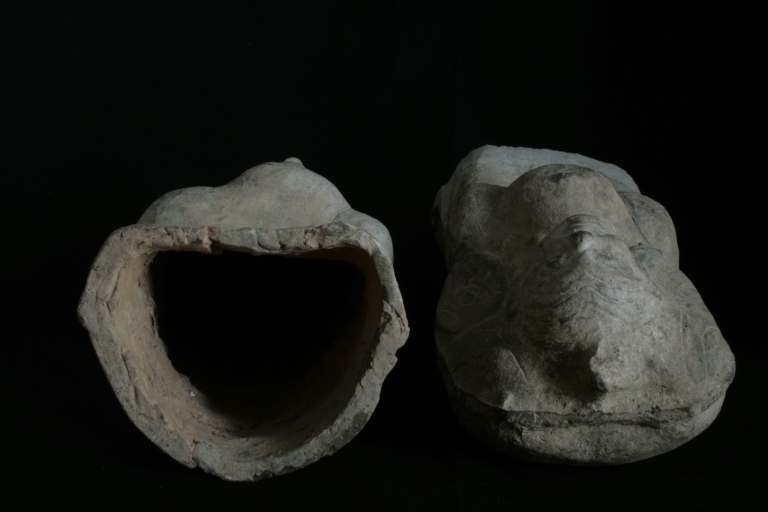 An almost similar figure is in the Sichuan Museum; 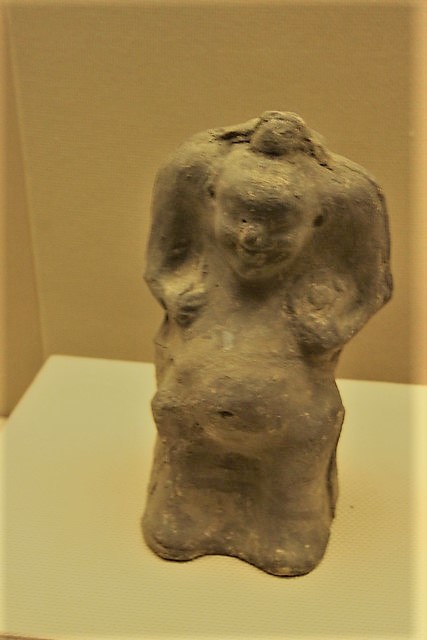