This is a tall grey pottery figure of a man. It is 58,5 cm high and dates from the Western Han dynasty 206 BC-8 AD. The name Yangling comes from their place of discovery. This one I bought from a specialist in early wares, he is one of the few dealers who gives a life long guarantee on his pieces.

These figures had arms of wood , which did not survive through time. Once they were fully dressed too. Most of these figures had more or less restoration done to them.  The extend is hard to see. This is one of a lot the seller bought, and he had one of them TL tested. (not this one) 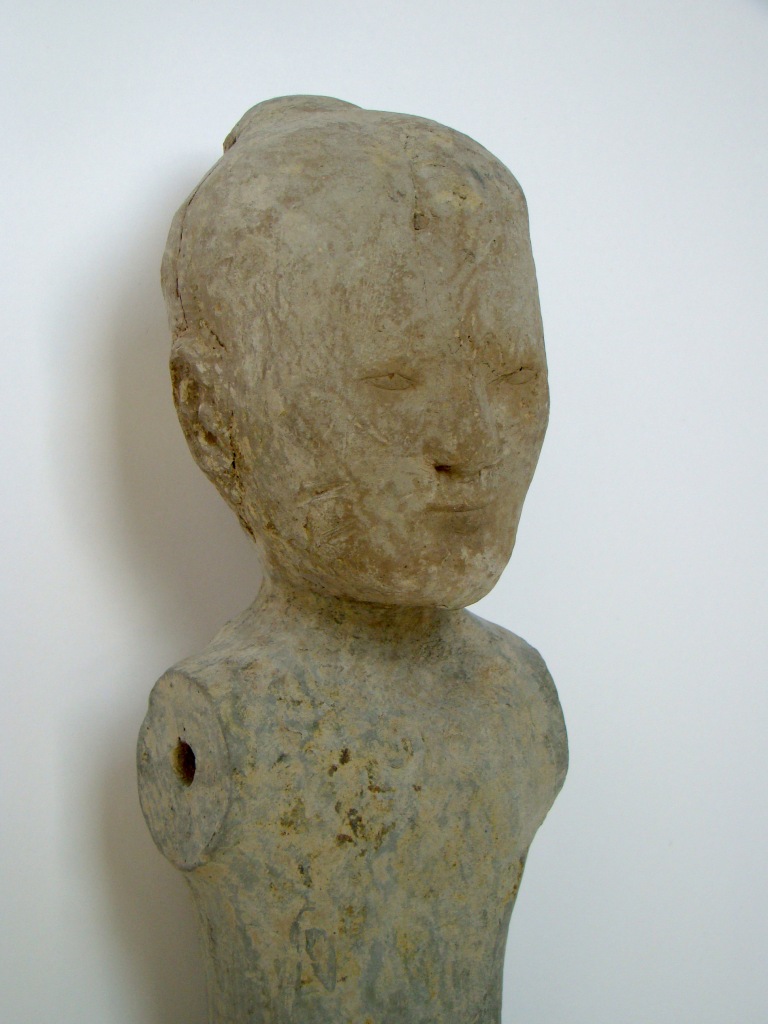 Theory is that the heads were moulded and attached to the bodies which are carved from one piece of clay.

They were grave gifts, and replacements for actual human beings. The practice of human sacrifice was especially prevalent during the Shang and Zhou Dynasties. During the Warring States period, Ximen Bao of Wei demonstrated to the villagers that sacrifice to river deities was actually a ploy by crooked priests to pocket-money. In Chinese lore, Ximen Bao is regarded as a folk hero who pointed out the absurdity of human sacrifice. It is also said that it was the influence of Confucius that made an end to the human sacrifice.