This is a Han dynasty pottery model of a well. It is 30 cm tall, and is glazed with a green lead glaze. The glaze is degraded and shows irrisation.
It is decorated with two dragon heads. On the rim stands a water jar, the well head has no bottom. 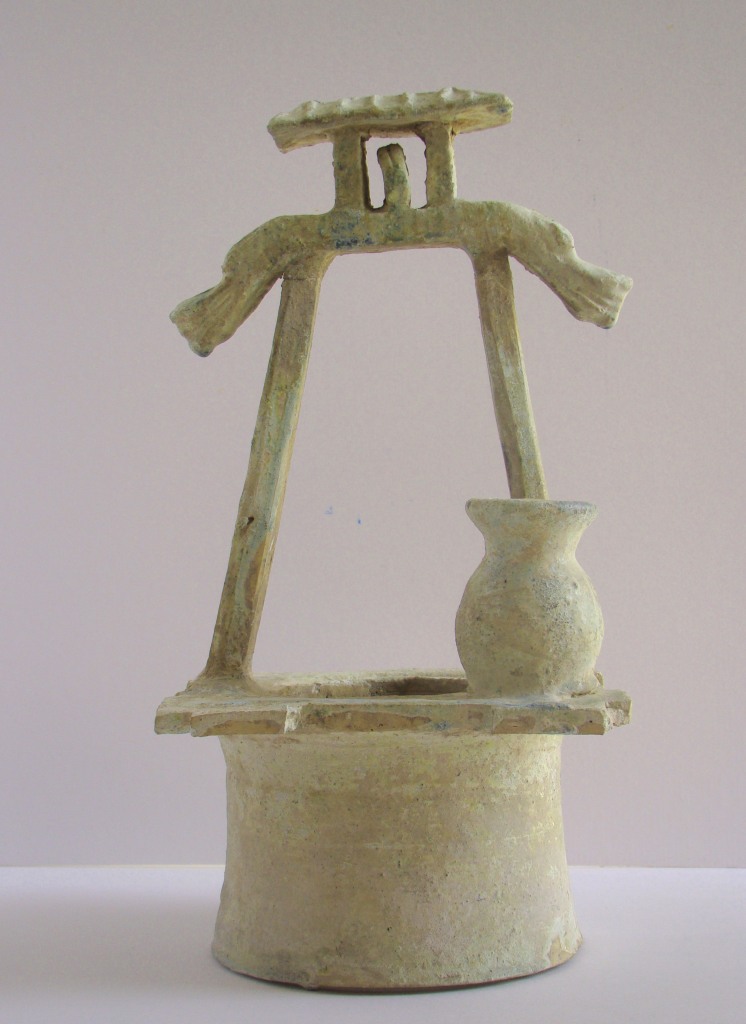 Models with a two-storied pavilion and an attached jar have been found in northern tombs from the middle to late Eastern Han.

The roof stands were broken off, but everything is original. I bought it on an internet auction for a good price. There was only a tiny picture shown, and it was from a first time seller. So I took a risk, that turned out great.