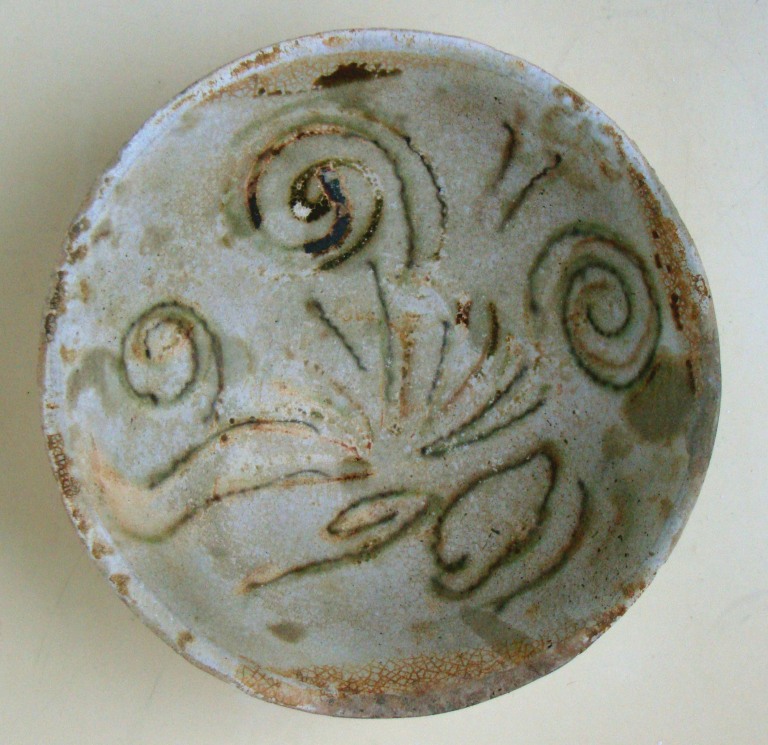 The bowl is made from a white clay and is glazed brown and green covered by a straw colour transparent glaze. It measures 15 cm across and stands 5,4 cm high. The glaze has degraded, and the bowl is covered in seagrowth, because of the long sea-burial. 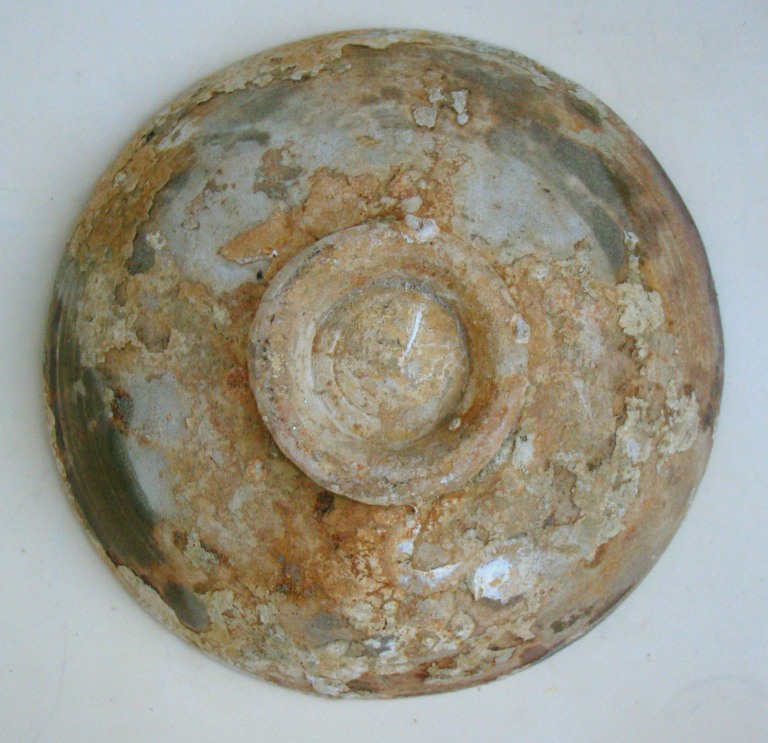 The motif is sometimes called a fireworks motif, but could also resemble plants. The bowl was found in the Belitung shipwreck, one mile off the coast of the Indonesian island Belitung. The ship is of Middle eastern origins, and is the only Arab ship found in Indonesia. 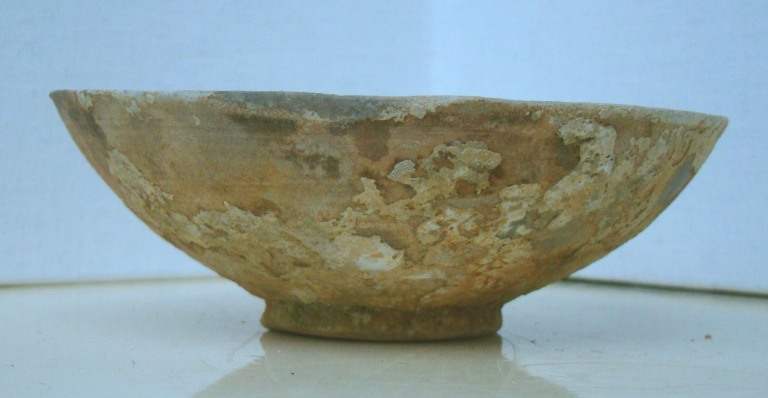 The ship mainly had Changsha wares on board, and could precisely be dated because one of the bowls was inscribed with a date of 826 a.D.

The wreck was the first archeological evidence that arabs traded directly with China in this era. The bowl may not be the best preserved example of Changsha ware, but it has an interesting and significant story to tell.