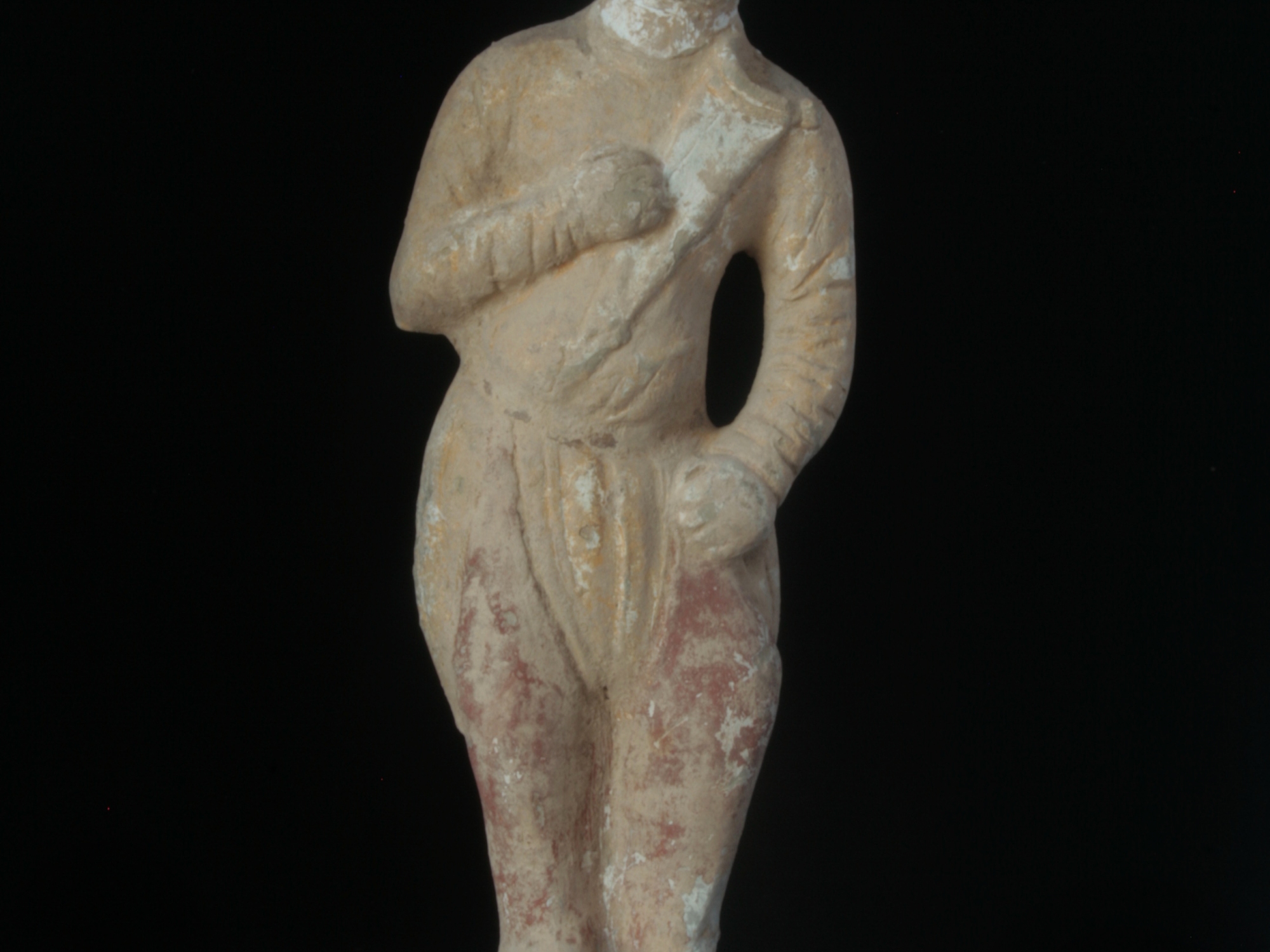 This figure represents a groom or an attendant. It is from the early Tang dynasty 618-906 AD. It is made from a grey pottery, and is solid, in contrast to most figures that are hollow. 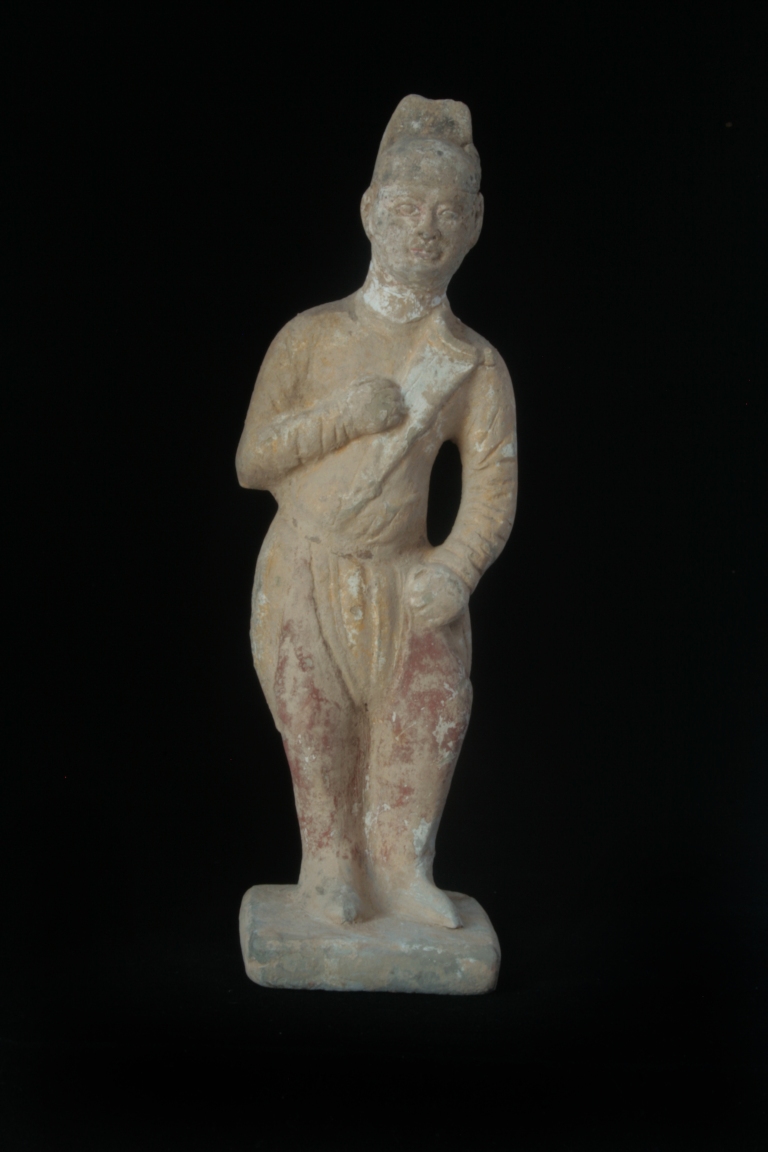 The figure shows remains of cold painting. It has a flat back, the face is very detailed. 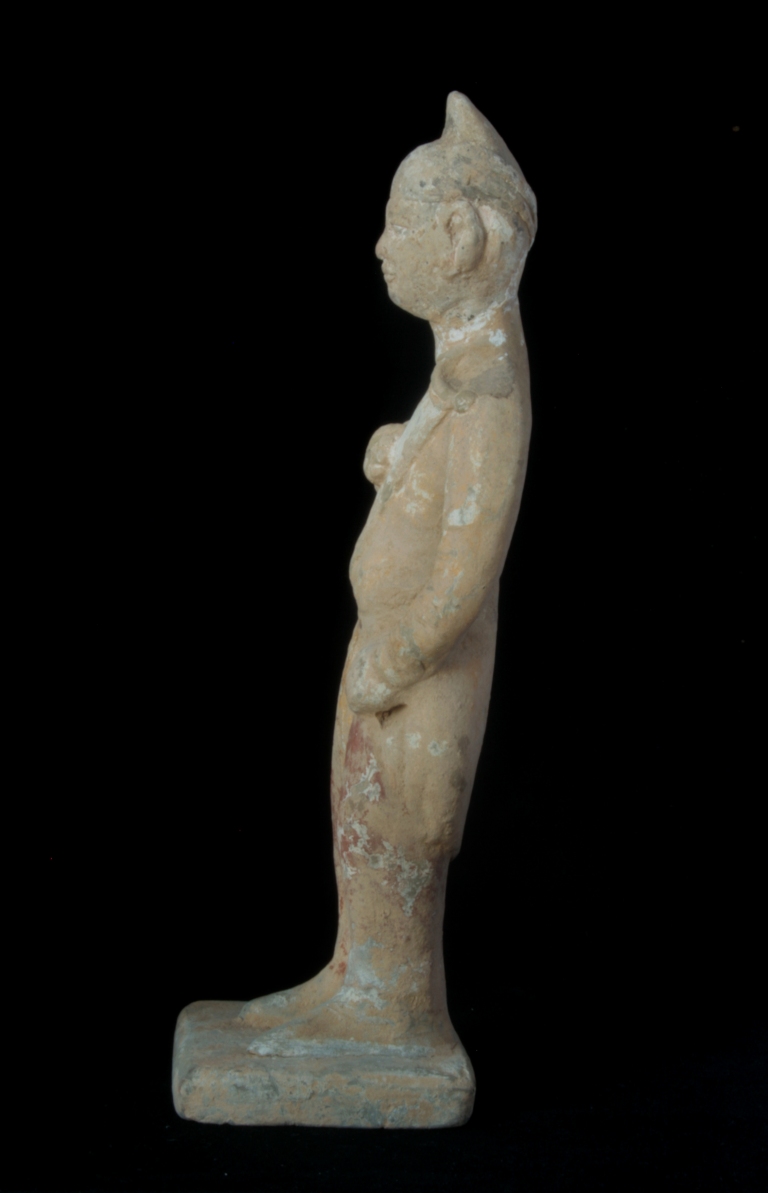 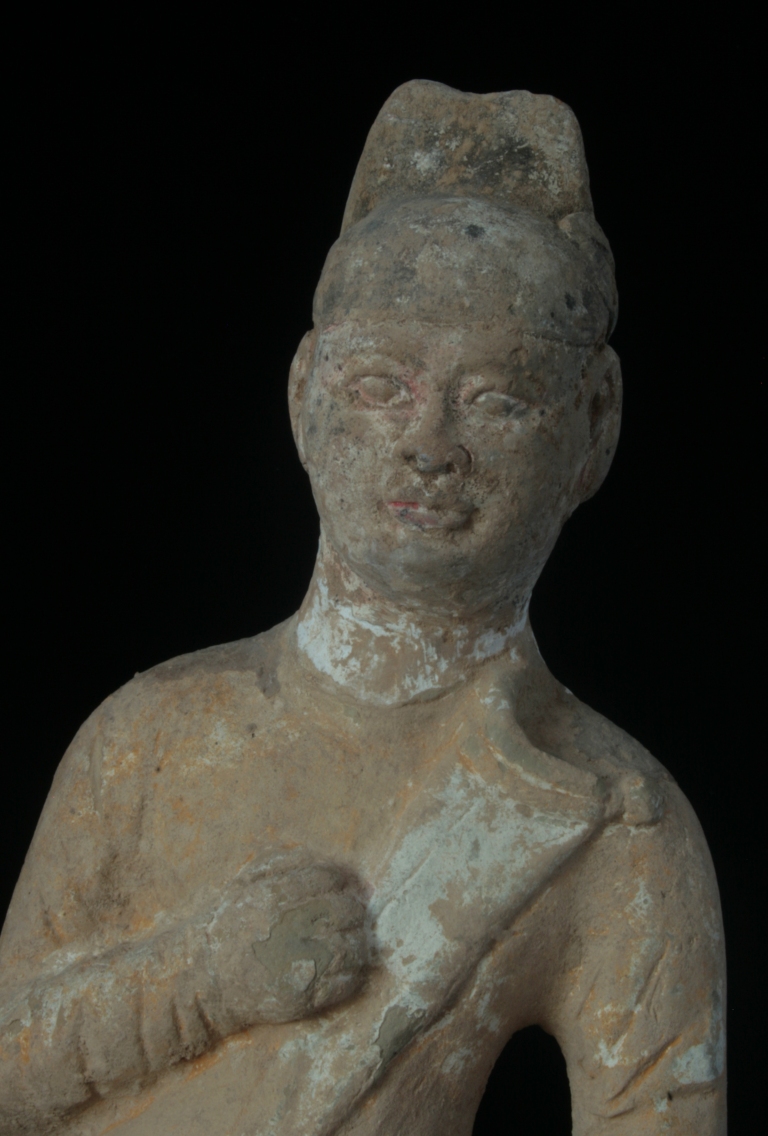 The length of the figure is 28 cm. 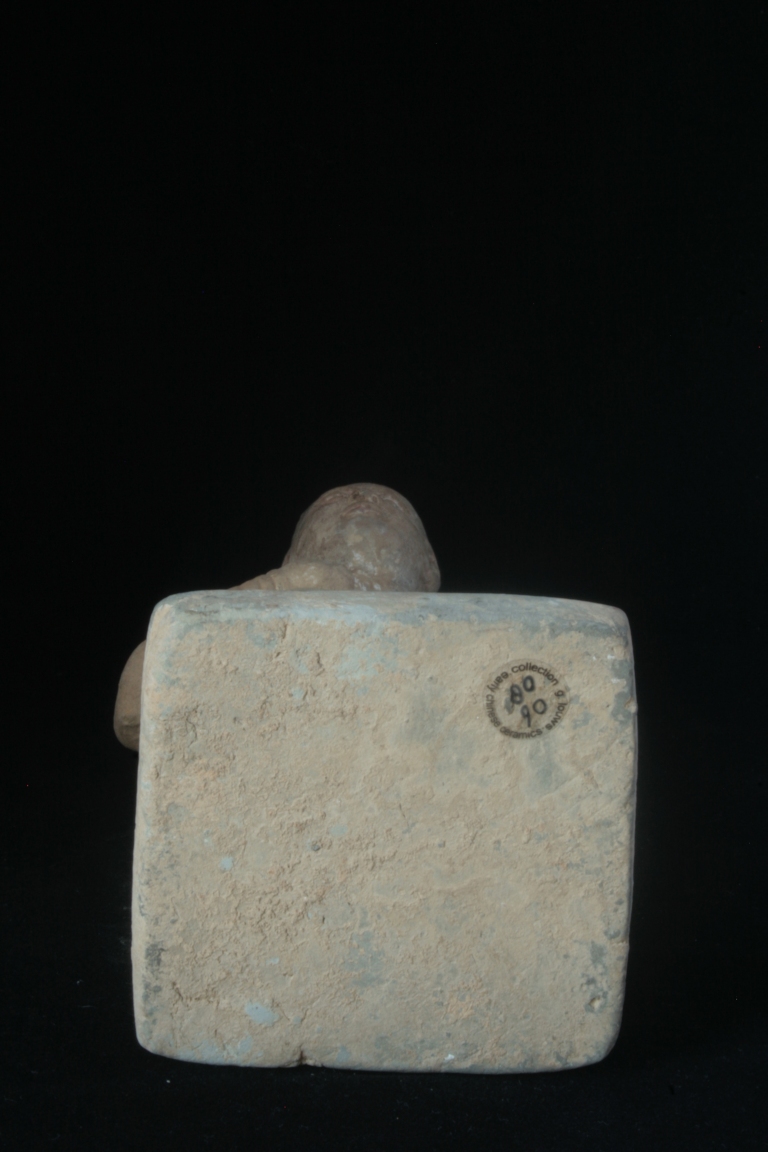 A figure from the same mould is found in the museum of the City University of Hong Kong: (with thanks to Michael), where it is described as a grey pottery warrior.