This is a whiteware jar with  height of 30 cm. It has a chalk like white body and is covered in a degraded straw glaze. Looking at the glaze the jar is to be dated between 581-906 AD, Sui to early Tang dynasty.

This classic urn shape is seen a lot in the Tang dynasty. There is evidence that there was an early influence from europe on Tang shapes such as the dragon handled amphora.

The body is chalk white and absorbs water quickly. Some Tang white clays fire to a pinkish tone. It looks like there was another piece stacked upon this jar during firing. There are three dentation marks on the rim, sometimes referred to as ‘rolled rim’. 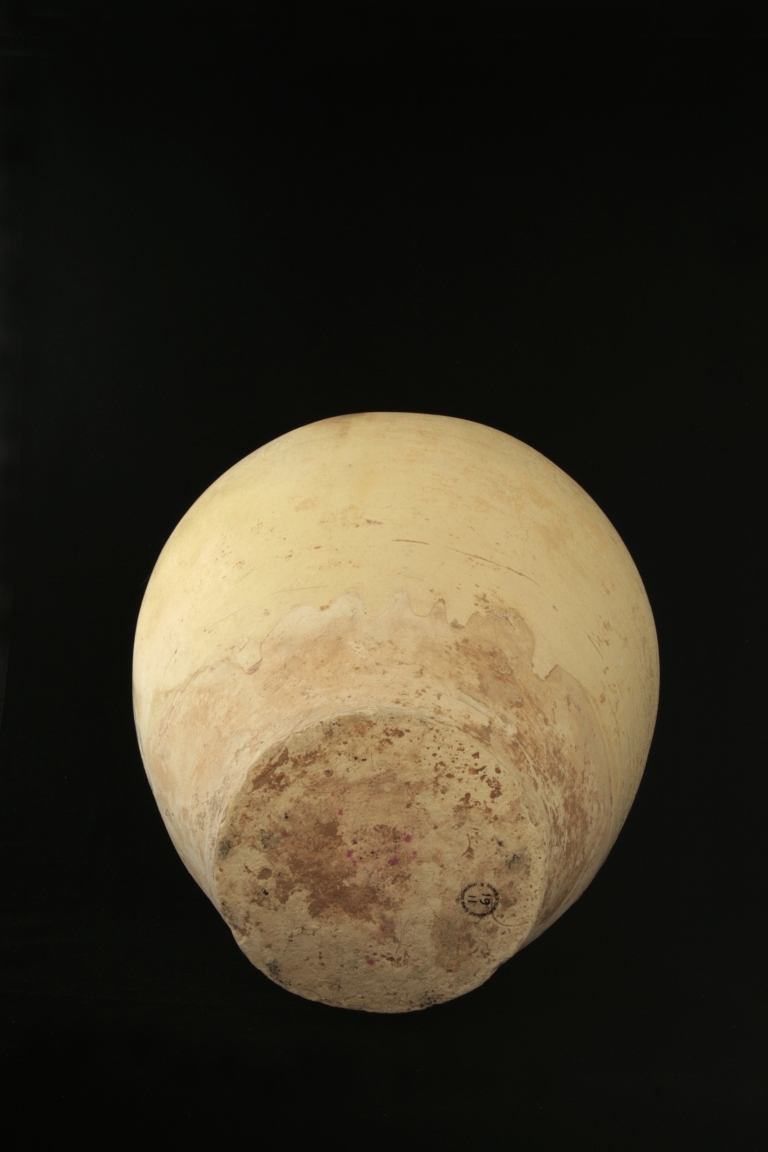