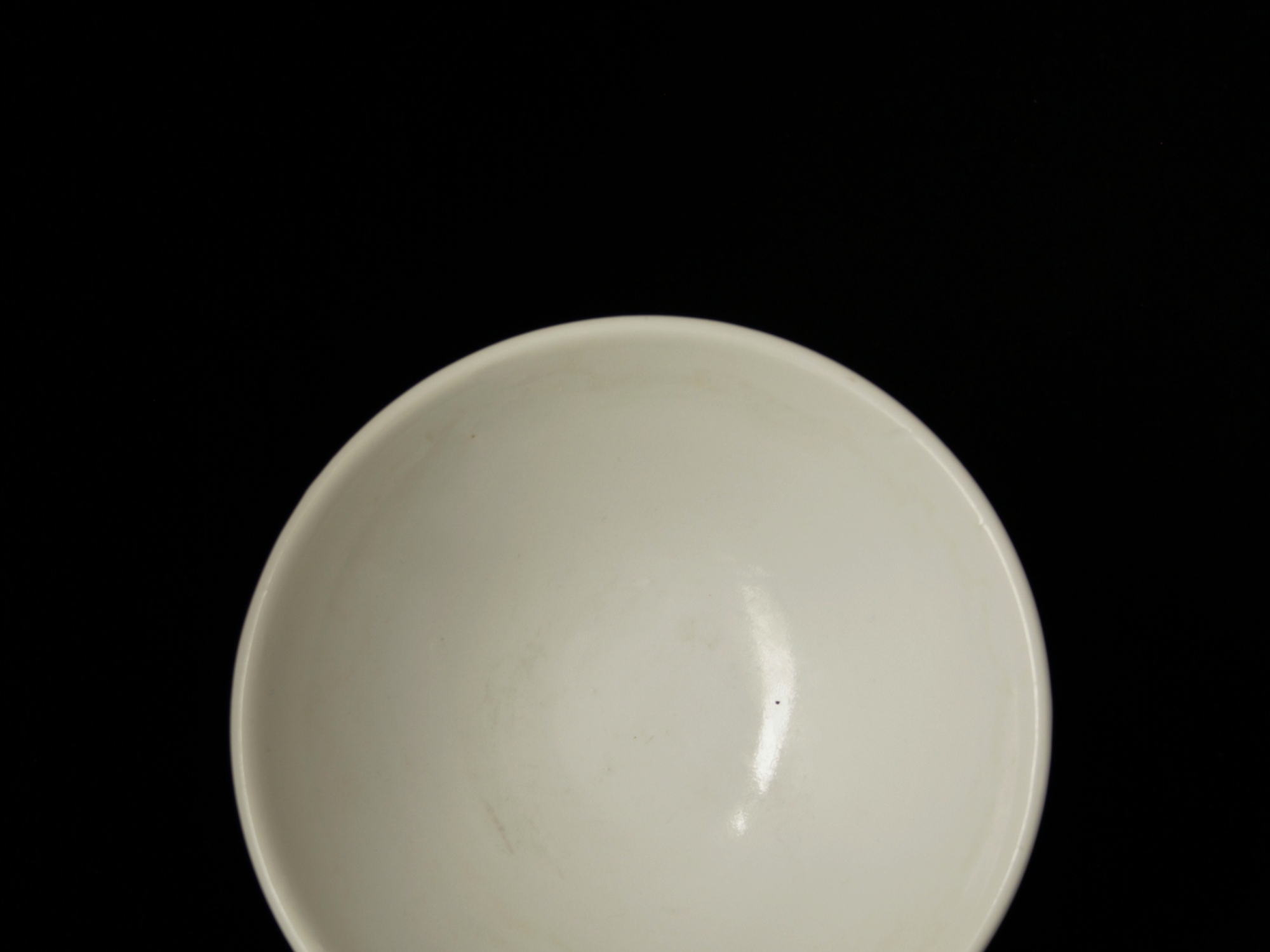 This dish is from the late Tang to Five dynasties period, 9th or 10th centuries. Described in the book; “Bright as silver,white as snow’ as; Thick walled bowl with a rounded interior, curved sides, everted rim and nearly solid foot with a shallow foot-ring. The bowl is covered with a white slip, and the lower part is left exposed. 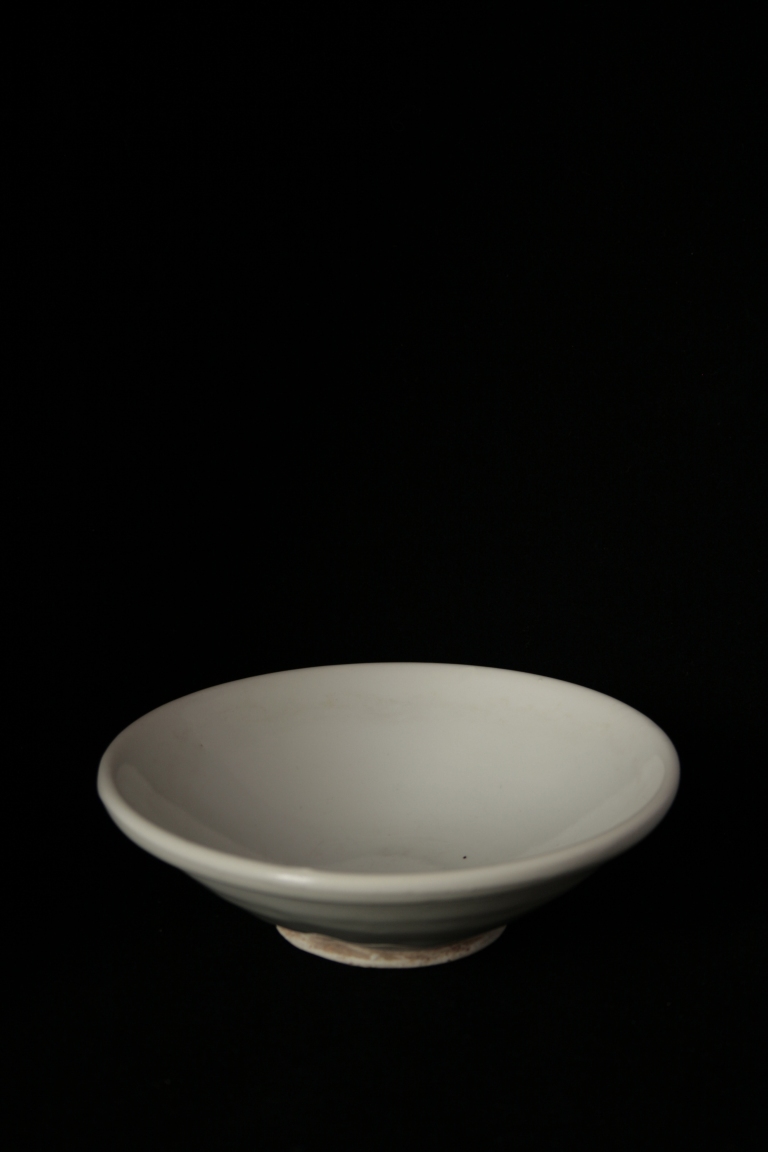 It was used for tea drinking,and was exported to the Middle east and North Africa.

It became known in the west as ‘Samarra type’, because it was first known through excavations in Samarra in Iraq. 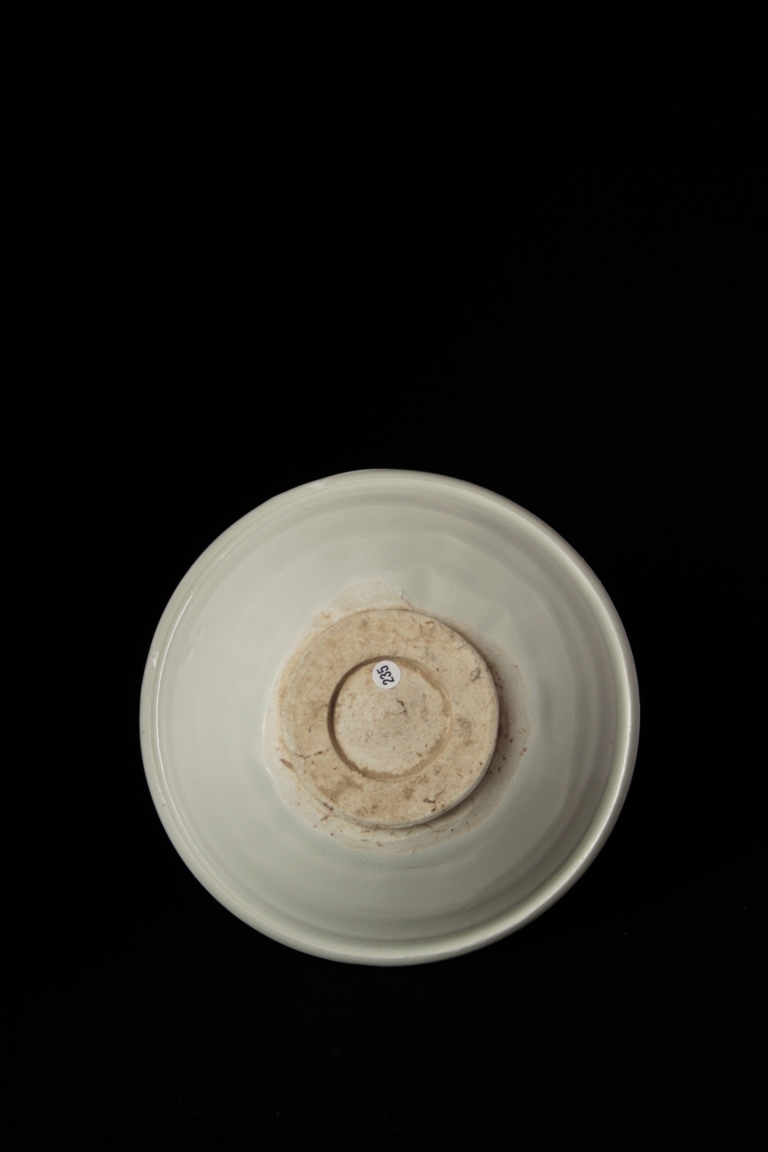 It measures 15 cm across. 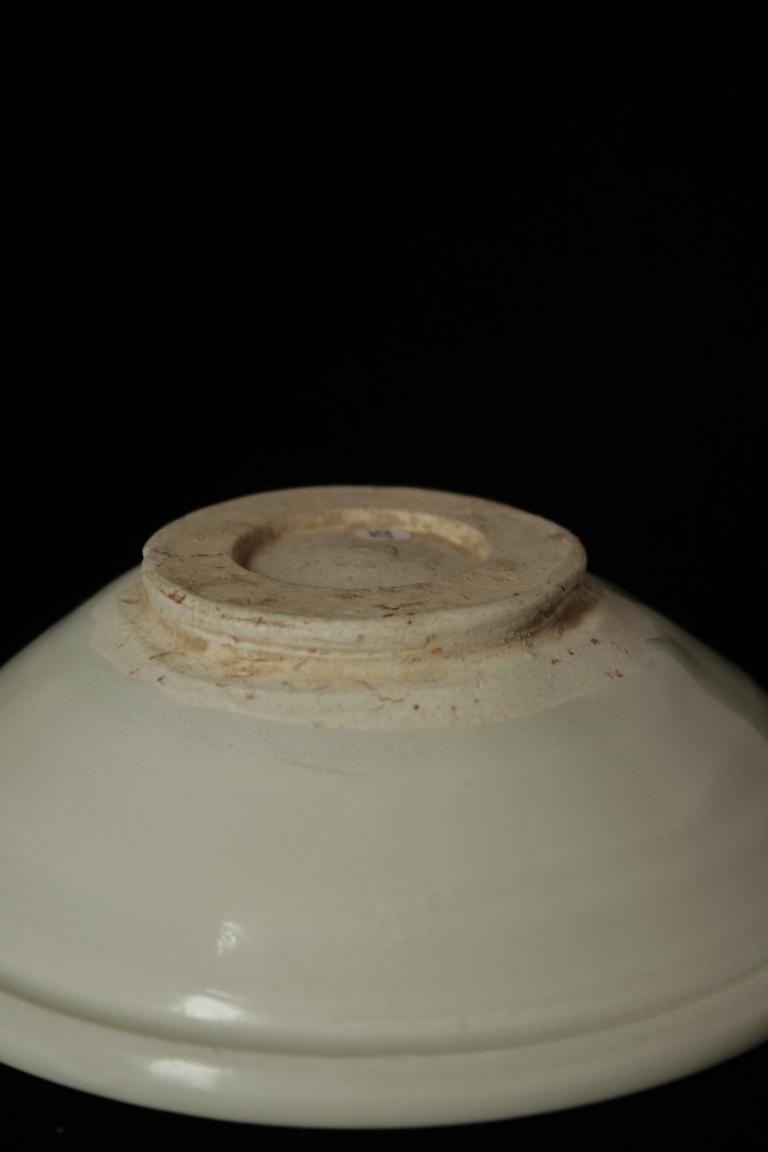